( Continuing from the prologue… )

Welcome to the smokers’ club

I believe in freedom and a personal liberty to choose, whether right or wrong , angelic or demonic. I believe that a man is slave to his choices and a man is also a master to his choices. I believe that gut feelings and physical urges are far superior driving forces to a persons’ decision making process than his intellectual drift and his debates of rights versus wrongs.

“A single cigarette contains over 4,800 chemicals, 69 of which are known to cause cancer “

It’s a havoc tonight, following will be a day of our term sessionals and for all the unfortunate people in my branch (electrical), nightmares come with great fortunes and lot of hardwork.As  most of the electrical students have given up on the idea of a sincere attempt for tomorrows’ exam, others have already planned their scores out of 10 (paper is for 20 marks),a few like me and awasthi are men on a sacred mission, its like no win situation for us but we drew our scopes to grab whatever comes our way in tomorrows paper, a very positive approach to life but sadly at the nights’ darkest hour. Beggars are not choosers we know, hence preparing for the inevitability, we decide to go down with a fight.

The raw materials are brought to one heap- sessional notes, sessional assignments, important -solved questions, a big green colored book (boylsted  if I am not wrong ) and a small red-brownish covered book to gargle at the eleventh hour to this infinite pool of analog electrical circuits.

The food orders were made, high- pitched hard rock music was set on playlist on the vlc player with an intent to get our skins out to action, the blueprints of the battle were made and captain. Awasthi was first in command as we were to take our turns to study and follow explanations to each other while the other takes a power nap in the meanwhile.

The cigarettes are numbering in  two and are kept neatly tip- toed along the laptops’ edge. The chapter isn’t getting over as the time of food order is approaching and like often, the delivery boy is again not carrying classics,therefore, a visit to timmi anna ( a night shop esp. a popular Smokers’ convention ) is must at two in the morning.

with enough tussel – of our mind, guilt and brain, we decide to take a break and We carry out notes along the way and read with a cursory reading for self-satisfaction. There would follow a plate full of Maggie, few smokes, needless to say will not be counted,  its unethical to count our nights’ savior- as the time, functional intelligence and effectivity are need of this moment and without a sudden rush of nicotine through the lungs, things will seem “de tour” on our course to conquest.

Its probably six cigarettes to each atleast , its one of the six exams to be followed in the week and the end result of any of those in particular is not even a double digit score, cumulatively!

what I tried to describe above is one classic situation of an engineering college hostels’ pre-exam trauma  and my fellow mates would be nodding their heads in appreciation to the cool quotients brought out in the attempted screenplay and probably won’t even bother attending to the just theme, that am trying to draw in effect.

If we cut short from the timmi anna trip and i take you on a demo tour to my hostels’ galla-ways (dramaticed gallery ), you can find a smoker in every three doorstep. However, it is not entirely right to classify but for the readers’ distinction, I would say that there may be someone whose smoking to subside the tension of the exams, or someone is having a vociferous argument on the phone with his girlfriend, a group maybe playing poker or teenpatti in a corner room uncaring towards tomorrows’ schedule and with a moral boosting flow of classic Indian abuses to support their joie de vivre. Someone may smoke quietly in his room, while others pace in the corridors with an outcry need by their body language.

A pack of smokes, a handful of smokes, an astray full or probably one last drag before sleeping,a last half left for the early mornings’ rush. Some smoke to the dying buds, some take an odd drag every ninety seconds, few have passionately develop it a skill and performing arts ; smoke rings, nose- back, waterfall  etc etc. while some are unlearning to smoke through mouth ,others are inveterate smokers and most of them don’t really bother if they can’t recall if it was congenital or ever had a definite commencement date in their life.

A certainty of burned lips, burned lungs, an external locus of identity formed well to hide the inability of dealing with things or having a complete lack of soul strength. Whatever is your reason, a misplaced sense of blood rush to your brain, a souls movement upwards to its higher meridian, an emotional reaction of a mans’ silent outcry ,which maybe or maybe not appropriate to his emotional or psychological need of the moment, a feeling of insecurity, a feeling of self -pitty, or a self- punishable act to deter ones’ own actions and despise them with the following lit of  their last smoke of the day,as promised to a loved one or to oneself.

If your are smoking it or smoking up stuff, the above describes it quite fairly and everyone in this corridor knows it will take you down, it will burn your lungs, it will burn your life, but you will do it again and again and again, like a master to your will, like a slave to your own will ,like the physical urges, way beyond the reach of minds’ control over body or the intellects’ feedback over what is right or wrong or some nonsense statistics about smokers or smoking . if anything in the above makes you non-repulsive towards the need to smoke, you may well be ahead of your  schedule to enter here, enter such a corridor someday! just like me, with a warm welcome to the smokers’ club.

no smoking pledge : welcome to the smokers’ club

Follow The Out of Business on WordPress.com
< Previous Next >
+ Add your own event Eventbrite 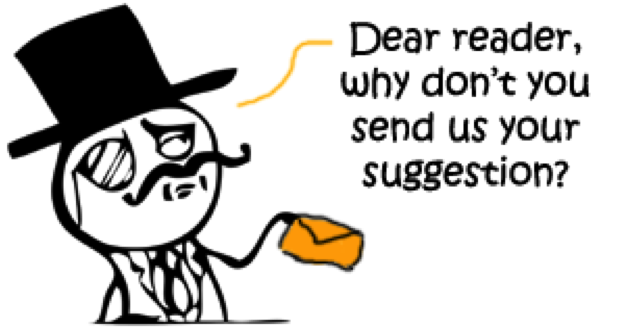